Haiti’s capital, Port-au-Prince, attracts thousands of visitors each year because of its beautiful tropical landscape, colorful buildings and charismatic culture in which voodoo, which combines Christian foundations with the roots of African tribal religions, is a well-established ingredient.

The activity in Port-au-Prince is frenetic, both day and night. It is, in this sense, a city reminiscent of Bangkok, New Delhi or Istanbul, but with that incomparable Caribbean nuance of the area. The National Palace, the square of the Mars Fields that surrounds it, the Defly House, the cathedral of the Holy Trinity, the gingerbread houses and its curious markets are some of its most outstanding tourist attractions. 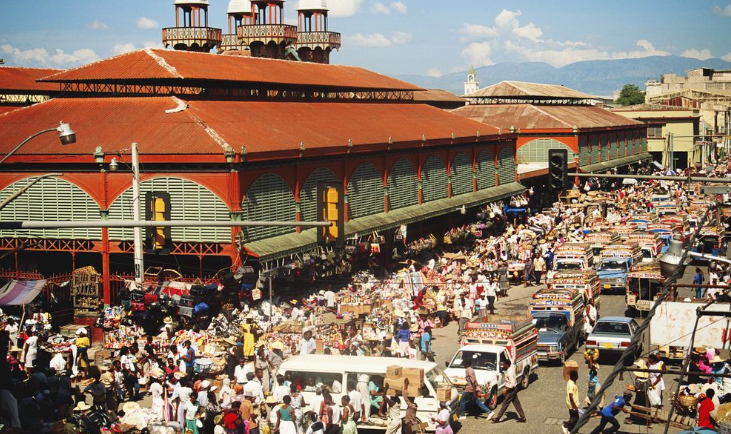 Largely destroyed by the earthquake that struck Port-au-Prince in 2010, the city has managed to recover and presents itself to visitors as an original, surprising, exciting and always inspiring destination.

What to do in Port-au-Prince

If you want to meet Haitian revolutionaries and discover local cultural traditions, the Haitian National Pantheon Museum is unrivalled. Externally, it consists of a garden of abstract sculptures including an ornamental swimming pool. Inside are the largest collections of historical artifacts in the Caribbean, including an impressive anchor almost 4 meters high, used in the famous Santa Maria, the flagship of Christopher Columbus, which landed on the northern coast of Haiti. You can also admire crowns of the ancient kings and emperors of the country, as well as the silver gun used by King Henry I of Haiti to commit suicide in 1820.

2. Touring the White House in Haiti

The ruins of the National Palace, an elegant building that was once the official residence of Haiti’s president, lie in the middle of the Plaza de los Campos de Marte. Designed in 1912 by Haitian architect Georges Baussan, it is an excellent example of neoclassical style, including Ionic columns and three domes. Plans for its reconstruction were announced in 2017.

3. Evoking what was the cathedral of Port-au-Prince

Currently, you can only visit the ruins of this beautiful temple that was severely affected by the 2010 earthquake. However, it is still visited by many tourists, because its surroundings are full of historic beauty and attractive buildings.

Fort Jacques is a national park located in a pine forest. It is three quarters of an hour’s drive from Port-au-Prince and offers breathtaking views of Haiti. Built shortly after Haiti’s independence in 1804, this stone fort dominates the city and port. Next to the structures and canyons pointing to the promenade, there are walking routes, some of which lead to the nearby ruins of Fort Alexandre. Since it is a couple of kilometres away, this visit can be done on foot or by renting a scooter.

This large, central plaza, home to the Haitian National Pantheon Museum and the former National Palace, enjoys an attractive scene of cafes and street vendors with cheap items. Several parks and the city’s main boulevards converge here. It is surrounded by trees, houses the imposing equestrian statue of Henry I and is a popular meeting point for locals and visitors, especially in the afternoon and evening.

When to visit Port-au-Prince

Without a doubt, the best time to visit Port-au-Prince is between December and March, when there is little rain and the weather is less humid. The average temperature is 26.6 °C. January is traditionally the least rainy month.

How to get to Port-au-Prince

Hugo Chavez (CAP) and Toussaint Louverture (PAP) international airports are the two main entry points for most travelers to Port-au-Prince. They are located, respectively, in the north and west of the city. To get there, you can take a minibus whose price will vary between G10 and G1000, depending on your ability to negotiate with the driver.

Follow route 46 from Santo Domingo in the Dominican Republic and you will reach Port-au-Prince in less than six hours.

Caribe Tours, Capital Coach Line and Terra Bus offer buses from other parts of Haiti to international locations in the Dominican Republic. One-way tickets that include border fares cost around G 4100.

Where to stay in Port-au-Prince

The Oloffson Hotel is an old historic mansion and marine base that has become one of the most popular tourist hotels. Another good choice is The Inn at Villa Bambou, whose manicured gardens and breathtaking sea views lift the spirit. As a reference, keep in mind that the prices for a night in a double room usually vary between the G 3430.99 of the Socar Hotel and the G 11 939.84 of the Karibe Hotel.

1. Pétion-Ville is a rich neighborhood, located in the hills, which stands out for its large number of expatriates, bars and restaurants.

2. Fields of Mars is a green area that attracts many visitors, who walk between gardens and observe some of the ruins produced by the 2010 earthquake.

3. La Croix-des-Bouquets is a western region, especially popular because it is home to many local artists and markets where they sell their creations.

The most common way to travel around the city are shared taps or taxis, brightly coloured buses whose standard fare is G 10.

Taxi fares start at G 30. A stroll through the interior of Port-au-Prince usually costs G 500. At night, however, it is best not to take them, as fares rise and can become dangerous.

Avis, Budget and Hertz car rental companies are based at the airport or in the centre of Port-au-Prince. Prices for a rental car start at G 2000 per day. 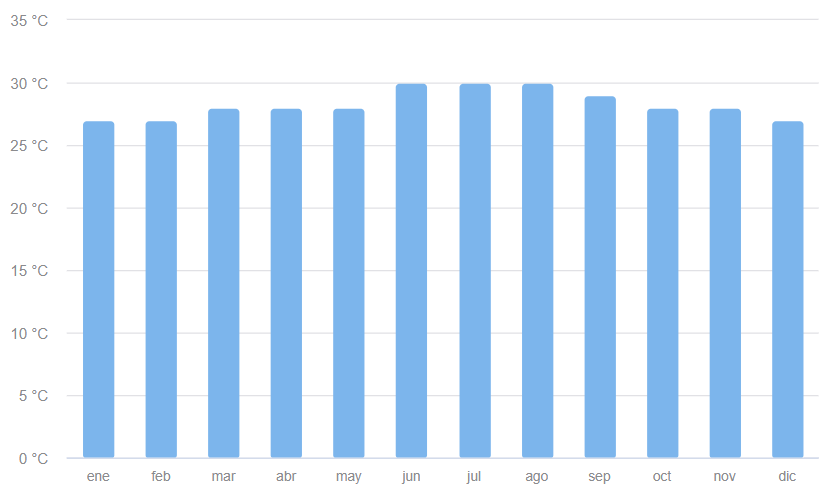 Cost of Living in Port-au-Prince

The Iron Market and Village Artistique de Noailles are the two main open-air markets in Port-au-Prince. Delmas 2000 is a more traditional shopping store that sells toys, appliances and home décor.

Giant Supermarket and Caribbean Supermarket are the two main grocery stores available in the Haitian capital. A dozen eggs cost G 230; a 1.5-liter bottle of water, G 6101.65; and a 50 centiliter beer, G 633.94.

Where to Eat in Port-au-Prince