As soon as you land at the Toussaint Louverture International Airport in Port-au-Prince, you might experience culture shock, you might not know exactly what to do or where to go from there, specially if you are a foreigner, but we are here to help you with some information regarding how to maneuver yourself around Port-au-Prince.

First off, here the different options that you have.

– A Motorcycle (Ti moto in Creole)

Taxis are a bit expensive but that’s only because the drivers will try desperately to rip you off, they inflate the prices. Usually, you should be able to get a cab to most everywhere around Port-au-Prince for about $20 to $30 US, they will usually ask for more if they see that you are not Haitian, so you will have to negotiate with them. As a word of advice, be firm with the driver about the price that you and him agree upon because in some cases, they will try to get for more than you have agreed upon.

If you plan on going to the provinces from the capital, the taxi will have to drop you off to main bus station and from there you can catch a bus to many of the big cities around Haiti

Here is a breakdown of the bus fares to some of the provinces.

Driving around town in a back seat of a taxi cab may not make sense for some people, so this is where rentals cars come in. There are about 6 or 7 companies offering rental cars services to anyone who is looking a more comfortable and personal way to go around town.

The six companies are: Avis, Budget, Dollar, Europcar, Hertz and Honk, some of which pretty familiar to folks living in the United Stated.

The prices range anywhere from $50US for a compact car per day  to around $100 to $120US per day for a much bigger vehicle like a four door truck or an SUV. 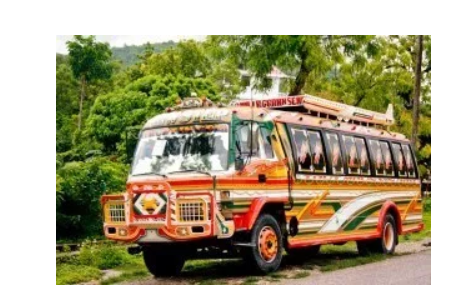 Small decorated truck or Camionettes as Haitians call them are the most preferred and popular line of transportation by the average Haitian folk. The fare is cheap and usually the seating area is rocking with Kompa. These Camionettes travel a specific path, so wherever you are going, you need to make sure the Camionette you are hopping on is going the same way you are going, otherwise you are screwed. Most of them are equipped with a way to let the driver know that you have reach your destination so he/she can drop you off.

Mopeds(which are smaller motorcycles capable of carrying only two people at a time, Dirt Bikes, Regularly ninja motorcycles ) have all taken over the streets of Port-au-Prince as well as Haiti’s provinces. They are actually a very effective way to go around town, they are cheap and they get you to where you want to go very fast. They can be as cheap as $5 Haitian Dollar, but of course if your are foreigner, they will try to charge you more. One very big con about them is that they can be very dangerous specially if the driver is somewhat reckless, so if you are in the back of one, pay very close attention

Finding a friend or a family member to drive you around or borrow you their car would be the least expensive way to move around in Port-au-Prince. There is another benefit of being accompanied by a friend or a family member, which is that you would have someone who knows the area show you all the ins and outs of the city. In reality, this route would be very difficult for a total stranger to know anyone willing to do that for him or her.